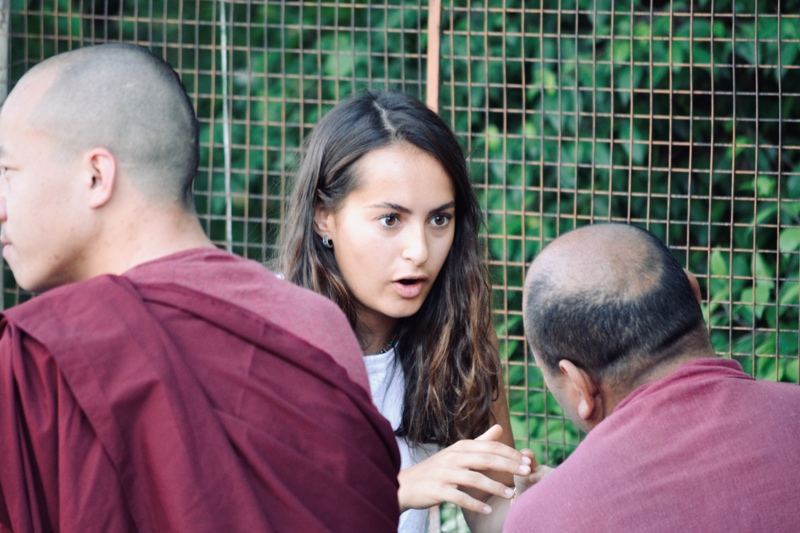 The voice of Tibet

Language is a powerful force, one that can equally connect and separate communities. The ability to use a language be it; English, Chinese, French, Spanish or German opens up an immeasurable world of opportunity. To be able to speak, communicate and understand not only gives an individual independence but the ability fulfil their own potential. The potential of Tibetan’s, the way in which Tibet can meet the world and the world meet Tibet is largely inhibited by the barrier of language. The Tibetan language, in speaking and writing connects the speaker to a wealthy heritage of 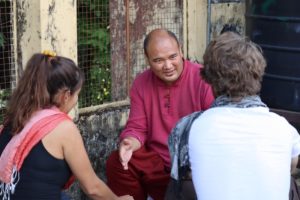 culture, a rich world that should be preserved not forgotten. But to allow Tibet to move forward, to become an independent identity once again requires the power of international languages to be harnessed. This does not mean that the Tibetan language doesn’t have a place in the modern world, but by using the tool of international languages the students here can bring Tibet to the world. The world is yet to fully understand the value of Tibet, but with language the world can be educated on the beauty, history and unique culture of an under appreciated society. If a Tibetan can speak English, Chinese and so on then that individual can stand on an international stage and open a dialogue. A dialogue is beyond necessary for the future of Tibet, a conversation requires a back and forth, an interaction where the needs, views and thoughts of Tibet must be acknowledged. The more Tibetans that can converse, the more voices that speak, and so  the louder the sound Tibet can make. Being unable to speak another’s language does not make you any less of a person, every individual has a mind, thoughts, views and opinions that are equally as valuable as the next person. So what is it holds us back? What is it that makes us listen to one person over the other? The answer, language.

During my own time here at Tibet World I was able to participate in the English Conversation classes that happen twice a day. English is my own first language, much like many of the volunteers here. I do not have to think about what I say, I open my mouth and the words come out, it is as natural as sleeping or walking. It was remarkable the intense depth of the conversations between student and volunteer, the topic starters being anything from the theme of Crying to Forgiveness and the nature of Happiness. Sitting in pairs or small huddles we were able to share ideas across language and cultural differences. Impressive would be an understatement in regards to the commitment of the students, despite having to construct and assemble words and grammar, despite not being as proficient as the volunteers the students challenged and taught me many things. Each time I came away from a session I felt fulfilled and renewed, and most importantly, humbled. Each person had a wealth of knowledge and an approach to life, influenced by their faith, which was profoundly philosophical and complex, and although their English varied even those on a more basic level communicated concepts and ideas that was beyond their standard of English. As a volunteer I can confidently say that I felt useful, the eagerness of the students to practice makes your job easy, I even found myself in cafes after the sessions practicing English for another hour after with them. English has always been a language I have taken for granted, I was lucky enough to be born into an English speaking country and grow up with a skill that can take me around the world with little difficulty. To be able to take this innate skill and pass 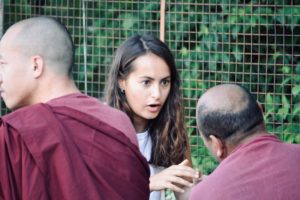 even a small amount on, to aid the student’s practice, to aid their own development and help them reach their potential was incredibly rewarding. But there is only one way to end this article, and that is to say that if you come here, if you participate even for a day or for a month in the conversation classes, you will leave a more enriched person. It is a unique opportunity to learn and absorb the wisdom of the Tibetan students, a mutual activity of growth where you can aid their language growth and they can aid your understanding of the world and Tibet.