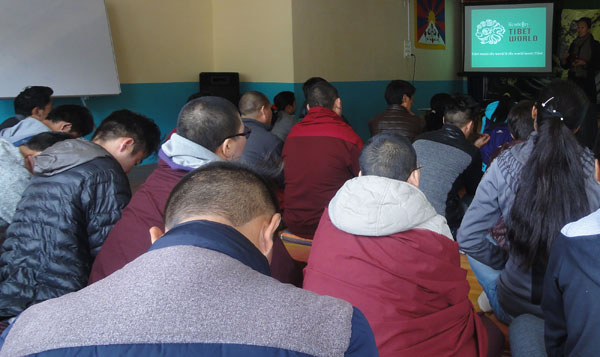 Chinese, Tibetan, English and French and German and each languages we have conversation. Comparable International languages course average at Rs. 10,000 per month in India but our students pay only Rs. 400 per year. Knowledge of the international language became a priority issue for Tibet World to address: the lack of these languages had a snowball effect on a Tibetan settling into a town like Dharamsala – unemployment, inability to communicate and integrate in society. Tibetans leaving Tibet have high hopes of the exile government: they leave Tibet in pursuit of a better life. However, without simple conversational English, social integration and employment becomes extremely difficult The students receive at least three hours of learning time per day.
Same as last year, we tested the students every three months, thereby allowing us to provide them with a more structured learning path. Students who passed the test were awarded a certificate. We also arranged for more long term volunteers to teach the regular language classes. Short term volunteers participated in the conversation classes.
31st March 2016: This year Tibet World folk started on 31st March 2016, we will be showing on every Thursday. 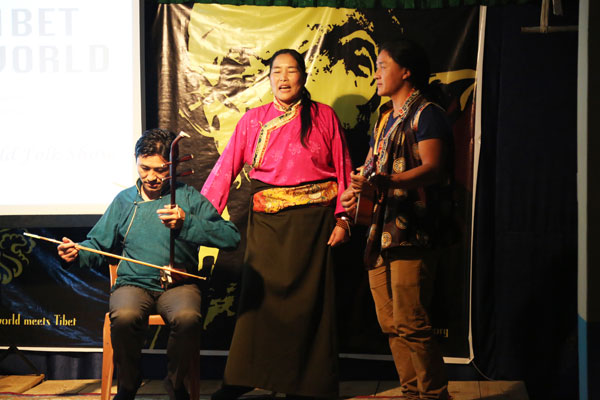 The folk show gathered a large audience who were very interested in getting a glimpse of the Tibetan culture. Tibetan musicians showed their talents by playing Tibetan instruments like the Dakni. A highlight of the show was when the director, Mr Yeshi Lhundup’s played the Pawang. An important aspect of this entire event that captured the attention of the audience was that the performances were interwoven with the emcee briefing the audience on the organization and aspects of the Tibetan culture in brief snippets..