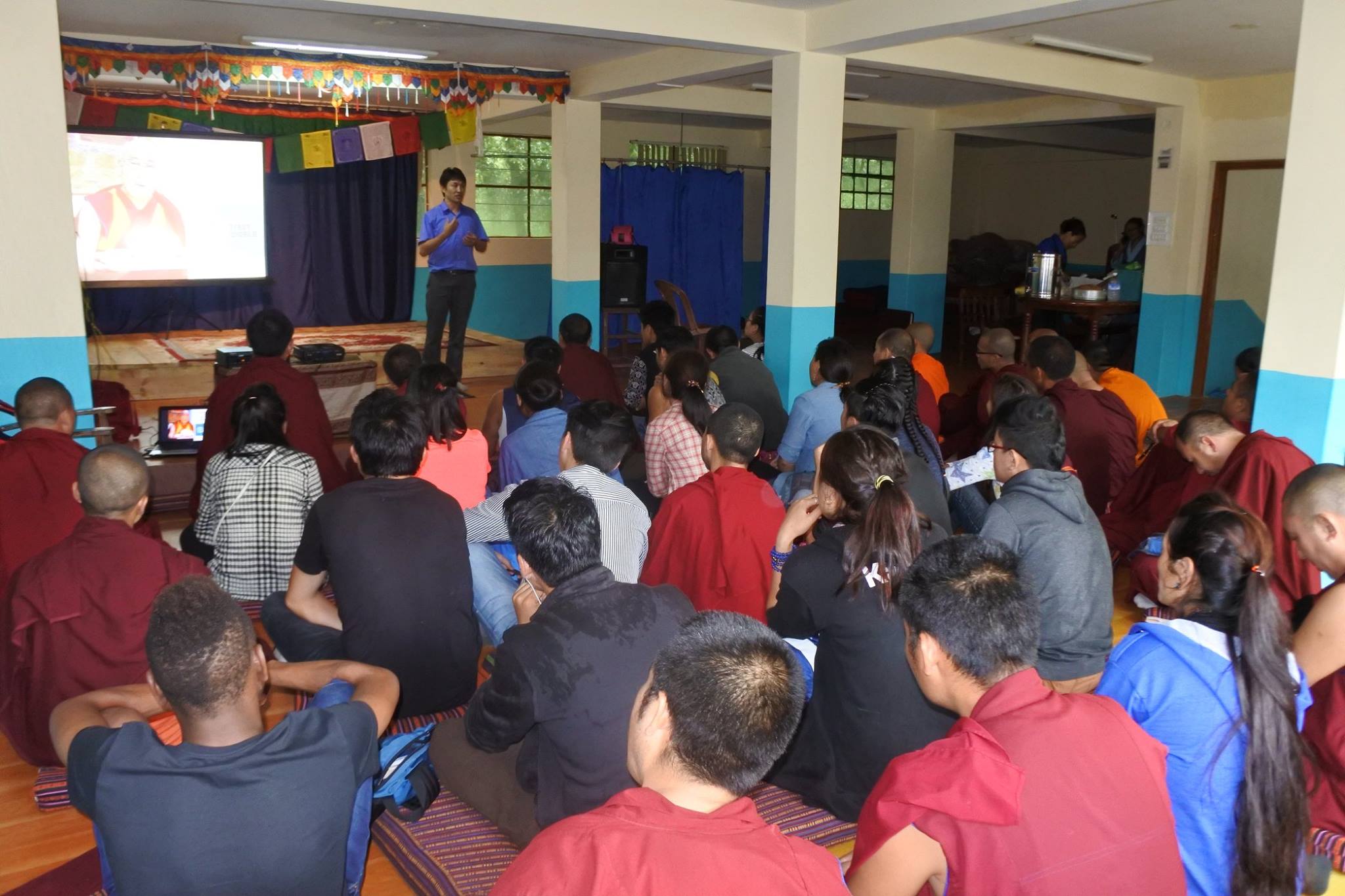 His Holiness the Great 14th Dalai Lama, even at a young age, had the vision of a strong united Tibet. Enthroned as the 14th Dalai Lama at the age of five, he had to take over the spiritual and temporal authority of Tibet at the tender age of 16, at a time when the People’s Republic of China illegally occupied Tibet. The young Dalai Lama immediately formed the Reform Committee to cater to the welfare of poor Tibetans, irrespective of their provincial or religious affiliations. This committee intrinsically helped strengthen Tibetan unity. His website: http://dalailama.com/biography/a-brief-biography
Tibet World students, volunteers and staffs celebrated the 81st birthday of his Holiness the 14th Dalai Lama.Tibet World joined in on the celebrations with traditional Tibetan music and songs, as well as snacks for the crowed hall. Much fun was had by guests, volunteers and staff with party games and the infamous potato dance. Its