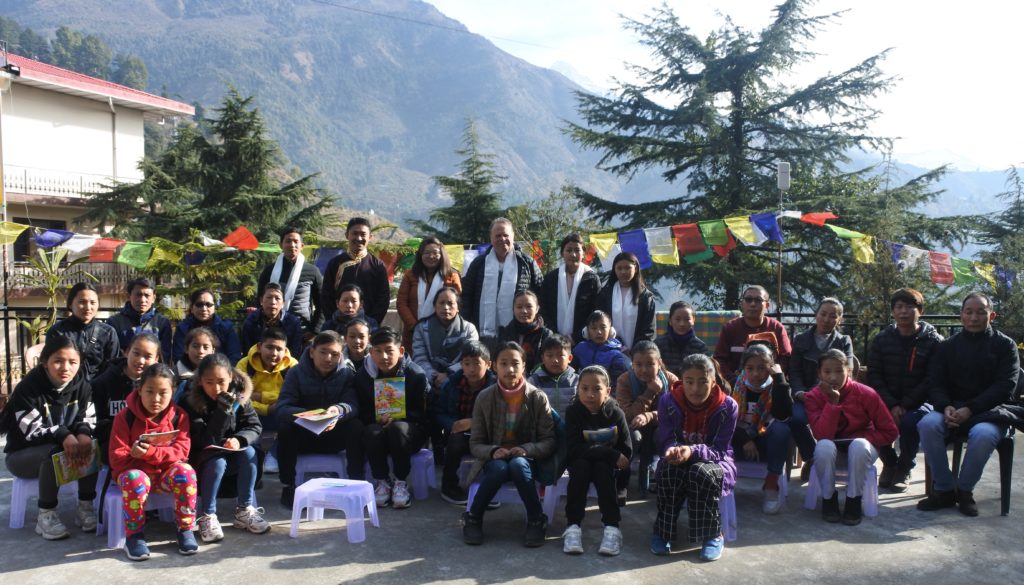 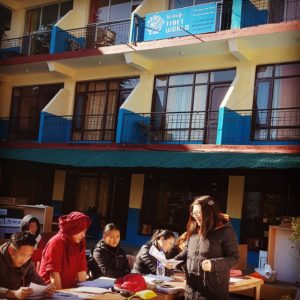 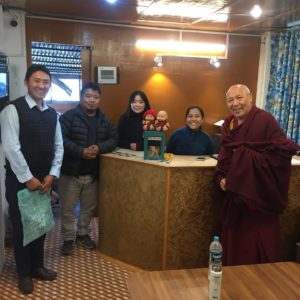 We stared our classes in our new place.  We didn’t using our students time even though we were very busy to shift but we kept classes continuously. We have been feeling so happy that it was gone same as our plant.

A group of 17 people including students and professors had collaborated with Tibet World as part of the cultural exchange program. The group has since learned many things about Tibetan culture and the political situation of Tibet. The group were taken to the Central Tibetan Administration (Exile Tibetan Government) where they learned how systematically the Tibetan refugee government functions. They also visited the Tibetan Library where they learned about the age-old Tibetan culture; mainly about Buddhist scriptures and statues of gods and goddesses. Among the group, two students, Leah and Colin, volunteered at Tibet World to carry out important projects. They were very kind and helpful. Tibet world is very thankful to both of them.

Tibet world thanked all the students and professors on 20 December 2019, on the certificate offering and bid farewell to everyone from the Denver University group.

20th December 2019 marked the certificate-offering day of the third trimester of the International language course. Mr. Tenzin Choegyal, Education Secretary of Tibet World welcomed everyone present in the hall. This was followed by the speech given by the Director of Tibet World, Mr. Yeshi Lhundup. Mr. Steve and Mrs. Deepa were invited as the chief guests.  Our language students had the honor to receive their certificates from two renowned American professors. Both Professor Steve and Professor Deepa gave valuable speeches and reminded the students of the importance of language in one’s life. Education Secretary thanked both the professors and Mrs. Sonam Khando, Chinese language teacher, gave a vote of thanks speech. This was followed by a ‘tea and snack’ interval in the beautiful courtyard of Tibet World with an amazing view of snow-clad mountains. After which, a bonfire was lit and everyone began to play musical chairs, the famous game, around the bonfire. At 6pm, the traditional Tibetan meal, (THENTHUK) was offered to everyone.  After the dinner, the Director of Tibet World, Mr. Yeshi Lhundup, thanked and paid regards to whole group from Denver University and offered a white scarf and a wall hanging gift of Dalai Lama’s message. 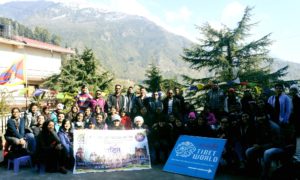 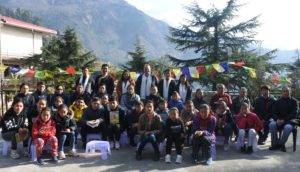 Tibet World organized inauguration function for the winter program on 30th of December 2019. This year’s winter program was organized for class 6, 8, 9 and 10 standard students and there are four different subjects which are Science, English, Tibetan and Mathematics. Tibet World’s winter program aims to give teachings which would help them in their future in contrast to preparing them merely for examination purpose. Every Saturday except second saturday value based games are organized by the teachers for students with the objective of imparting knowledge of significance of team work and effective communication. All the students with their parents and all the volunteer teachers attended the program.

The program started with the welcoming speech by Education Secretary Mr. Tenzin Choegyal. This was followed by a speech by Director of Tibet World Mr. Yeshi Lhundup. After that all the volunteer teachers of winter program were introduced and welcomed by offering white scarf. Mr. Tenzin Choegyal reminded parents and students about necessary rules and expected student’s behavior during the winter program. Parents were requested to send their students to class on time. The inauguration function was ended with the thanks giving words by Mr. Yeshi Lhundup, Director of Tibet World. At the end of the program tea and snacks were arranged which was enjoyed by everyone in the spacious courtyard with beautiful view of the mountain.