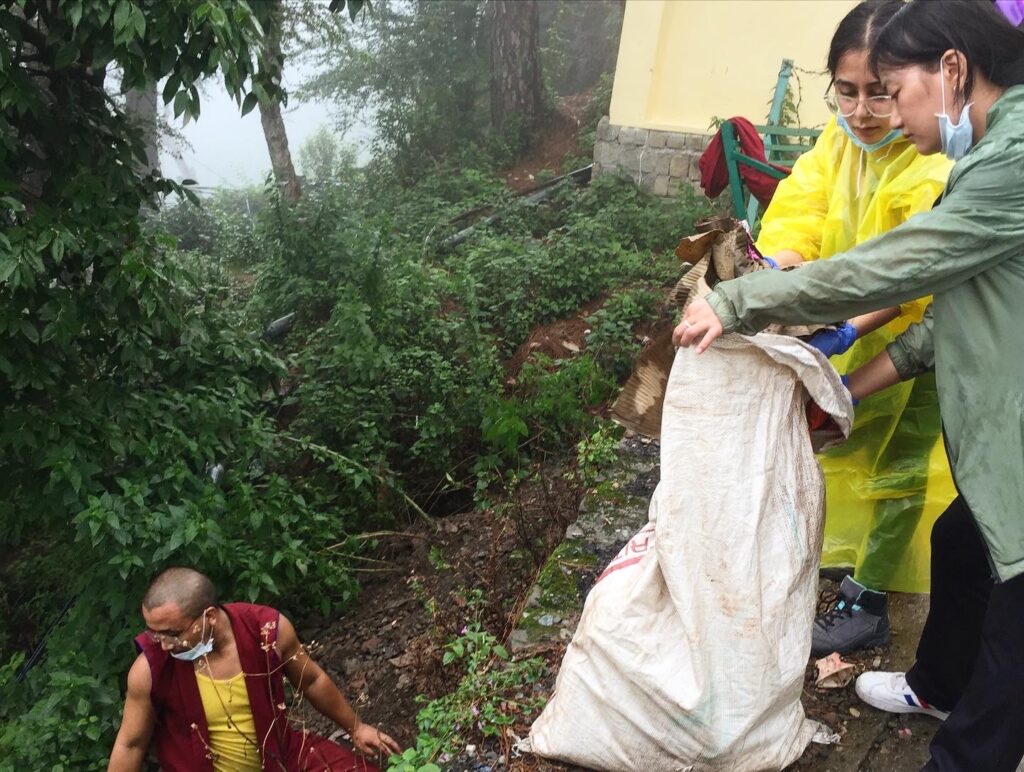 The discussion was held in collaboration with LIT (Learning for Tibet). It was great to see such 17 participants and to see how engaged they were in the discussion. In order for them to share their ideas on how to practice compassion, they were given questions for discussion and later had to present their answers. The open discussion was intended to encourage the participant or those around them to bring compassion into action if not every time, then at least for a day.

With the donations we received, a portion of it was spent on buying bags of rice that were given to underprivileged individuals near Tsuklakhang (the Dalai Lama’s temple). Moreover, some of the rice was fed to animals such as cows, birds, and monkeys around Lingkhor. It is our hope that they were able to benefit from it.

As part of a joint effort with Lha Charitable Trust, Tibet World cleaned up the area around Tsuklakhang (Dalai Lama’s Temple) and Lingkhor (around H. H. the Dalai Lama’s residence). There were many participants along with Tibet World’s staff, volunteers, Lha’s students, volunteers, and other NGO staff in this event, and their enthusiasm during the clean-up was outstanding. As a result, the event was very successful, and we hope to do something like it again with more participants soon.

These are the events, we organized to celebrate His Holiness’s birthday as World Compassion in Action Day. It was successful due to all the support we got, and we would like to thank everyone for kindly supporting our compassion in an action program. It is just the beginning and we hope that the message of Compassion in Action which we are trying to spread in today’s world reached many and encouraged them to not lose hope in their life because compassion is one of the keys to Happiness.

“Whether one believes in religion or not,

And whether one believes in rebirth or not,

There isn’t anyone who doesn’t appreciate kindness and compassion”

We would like to thank everyone who participated and supported us. It was a great pleasure to have you all.