After the academic year ends in December, Tibet World usually has a one-month winter program for school children. In 2016, this program did not run due to the scheduled teaching from H. H. the Dalai Lama at the 34th Kalachokra. During this event, Tibet

World started to run the Buddha Gaya Project from the 21st December to 20th January, for 29 days. The main purpose of this project was to promote and raise funds for Tibet World. We had a small photo exhibition, brochures for distribution, and Tibet World t-shirts for sale. 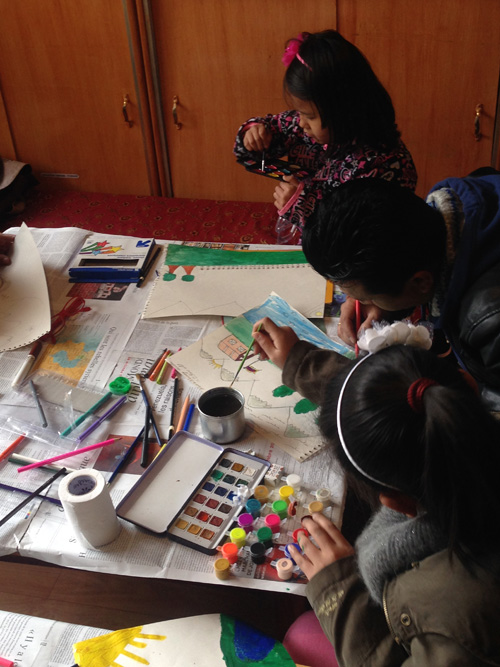 Here are our volunteers Judit and Bridgitte helping to organize a Drawing competition on Sunday 21st February. All the participants had an amazing and enjoyed the day. Tibet World gave prizes to our three winners and all participants received a scarf. Thank you to our volunteers for organizing such a wonderful competition!