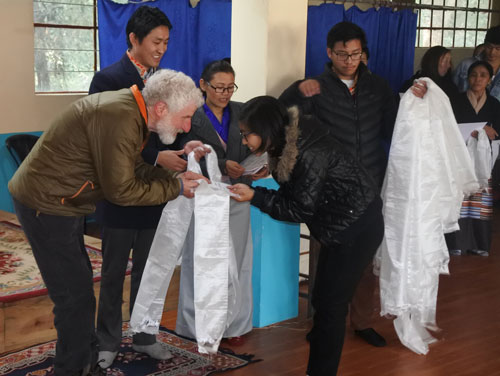 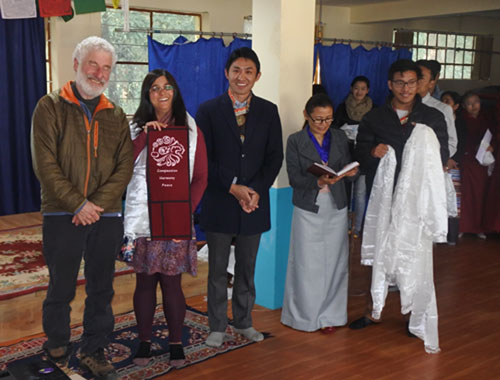 This year Tibet World had to close its academic curriculum a bit earlier than the usual due to the Kalachakra at Bodhgaya. So, the closing ceremony was held on 9th December. The closing function started at 10:00 am in Lhasa  hall with Professor Alan form Denver University as the chief guest. The function was attended by  volunteers from different parts of the world and  students. It began with education officer welcoming the chief guest, volunteers and the students. Then the stage was taken over by director Yeshi Lhundup with the annual report and few announcements regarding the next academic year.  Right after that certificates of appreciation were distributed for more than 20 students who scored more than 60% in their final exam. We had some very supportive volunteers who made this year a successful one. Tibet world could not resist form presenting a token of gratitude for each and every one of them.
The most special part of the function was to launch a photo album by Professor Alan. The photo album was designed 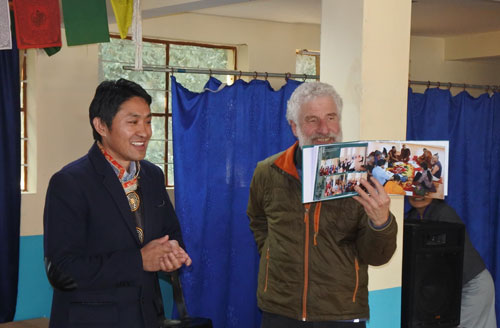 in such a way to make people understand daily activities that are taking place in Tibet World. We were very fortunate to have Professor Alan again to launch a video clip which entitled as “Tibetan Vision”. The video clip was made especially for Noble Peace prize day as a contribution to promote love and compassion for world peace. 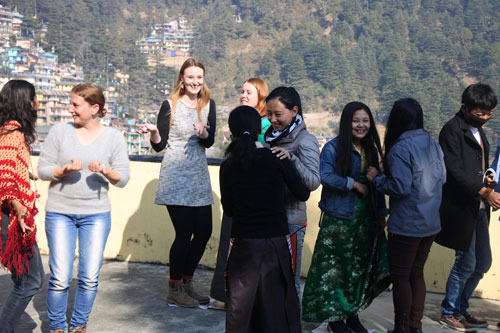 The formal function part came into end with some word of thanks by accountant. After that the group was moved on to roof top for refreshment. After having tea and snacks we had gift exchange program among all people in the gathering which includes volunteer, students and staff as well. Then few different games were played with active participation. At last we had a Tibetan Traditional circle dance. A dinner was served at 6:00pm to all the volunteers of Tibet World to wish them luck and success for the coming years. And it was the last gathering among them as well as with the Tibet World staff.

Tibet World education and cultural program will reopen on 6th march 2017, everyone most welcome to Tibet World next year.