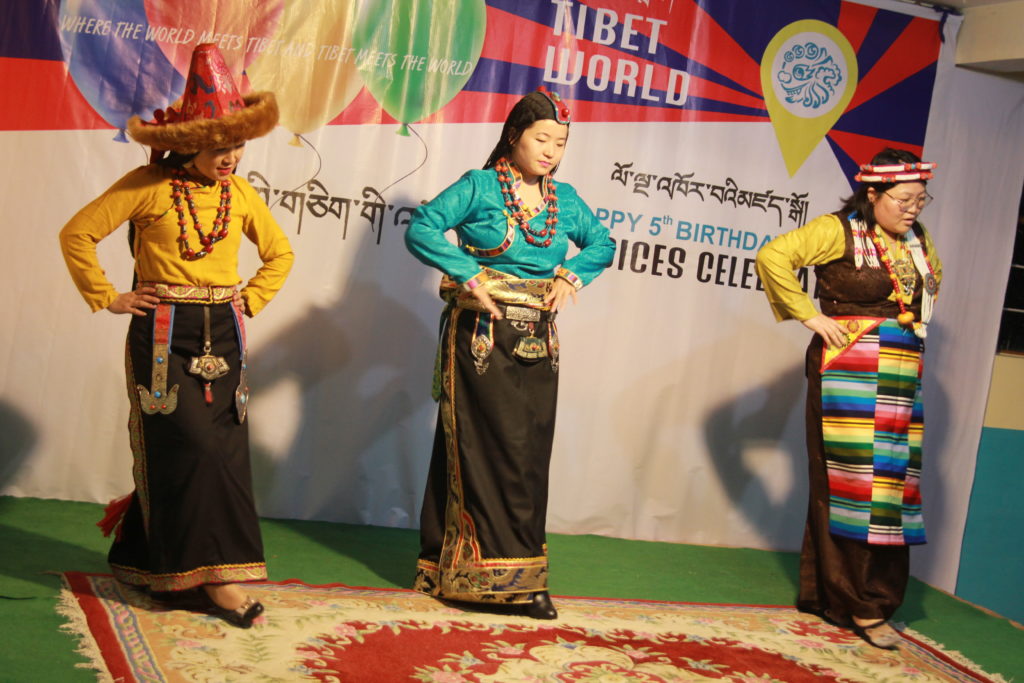 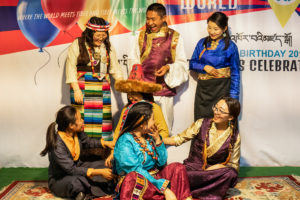 Tibet World has a Tibetan Cultural Folk Show every Friday at 6:30 pm to 8:00 pm. Its include Tibetan dance, Music, song and folk stories. You can find all Tibet World events in this calendar. http://www.tibetworldindia.com/room

Tibetan culture: obscured by the shadow of China, Tibetan culture has remained a hidden gem for centuries. Their deep passion for knowledge and talent in the arts still remains a mystery for us in the western world. But here is Dharamsala, the Tibet is very much alive and Tibet World takes advantage of this rare opportunity as a tool to preserve the Tibetan culture and teach the world about it.

The art in Tibet culture is mostly religious and a way to share stories and pass on traditions throughout generations. In a society with risk of extinction, preserving the arts is extremely important and it is a way to keep the culture alive. Tibetan Rugs are a main art form and to this they day, the ancient traditions are maintained by still doing them by hand. In addition to this, painting depicting deities, mandalas, famous monks, and other important aspects of Tibetan life are also a key way to pass on knowledge. The paintings are done in cotton or linen and rolled up and stores to ensure the image doesn’t fade.

Aside from painting, music and dance are also intertwined with Buddhism. The Music consists of chanting sacred text in Sanskrit or Tibetan. modern music has also played an important role in the evolution of classical chants to give it a fresh sound. During certain festivals, Tibetan folk opera is performed and well loved by the community. The “ache Lhamo” is a mix of dance and song that re-enacts ancient Buddhist stories and Tibetan history.

As any other culture in the world, food plays a key role in maintaining their essence. It shows who they are and where they come from. The food allows to tell stories without saying a word. You can a tell a lot about a country’s landscape, resources, jobs, traditions and religion by what they eat. Tibet is no exception to this. Sine tibet is quite high up, not a lot of crops are able to grow so the diet has adapted to fit the needs of the people. Barley is one of the main ingredients in Tibetan cuisine and combines with the traditional butter tea, it is an excellent source of protein and fat that the people need to stand the long distances and the cold. Dharamsala has excellent restaurants and food stands that allow tourists to try the Tibetan cuisine and Tibetans to be remained of home with each bite. 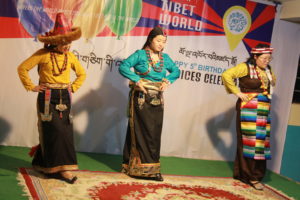 Here in the Dharamsala, the Tibetan culture is so well preserved, it would be difficult to tell the difference between actual Tibet. Since 1959, when his holiness the Dali Lama was forced to flee Tibet, the Tibetan government headquarters have been established here and bringing with them a great influx of music, food and architecture that truly makes this place feel like “little Tibet”. Dharamsala has the largest Tibetan population outside its homeland and there are many organizations that work to preserve the traditions and culture. Tibet World is one of the leading programs in Dharamsala that are working for this goal. Every week you will find yoga and meditation sessions, informative talks about a wide range of subject, cultural shows and even documentary screenings.